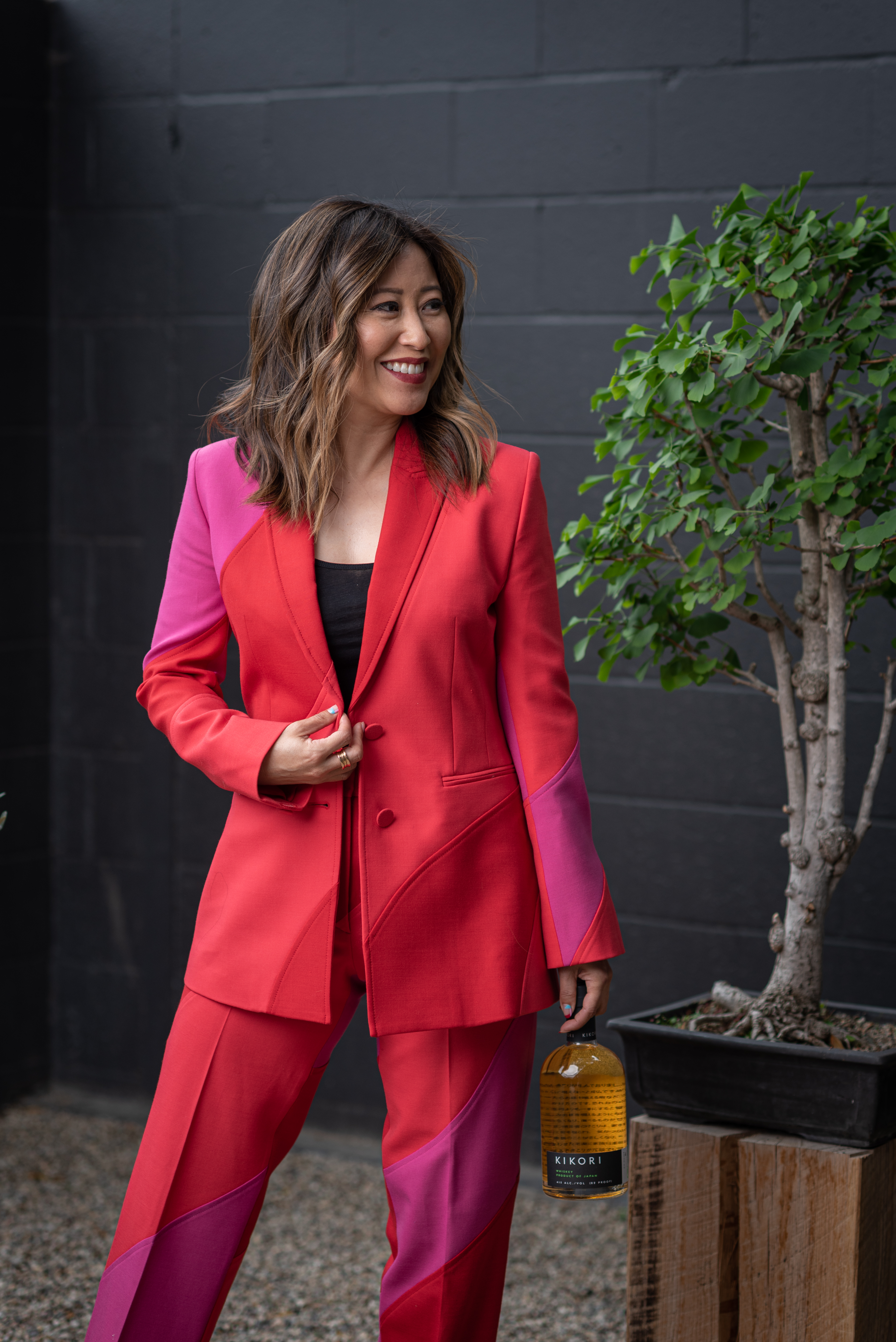 As a child, Ann Soh Woods accompanied her family around the globe, as her father, a professor at the University of Illinois, spoke at academic engagements around the world.

A frequent stop was Japan, and Soh Woods fell in love with Japanese culture. This love continued into her adulthood, and in 2015, she launched Kikori Whiskey.

“I call Kikori my love letter to Japan, and it is a project that is near and dear to my heart,” says Soh Woods, who is the daughter of Korean immigrants. “This whiskey is made, produced, aged, and bottled in Japan, and what makes it unusual is that it is distilled (solely) from rice.”

Soh Woods, a mother of two who had worked in entertainment marketing, but she left that career in 2013 to pursue spirits. Today, she is one of the only women entrepreneurs in Japanese whiskey. “Luckily, there are more and more doors opened in this category, but culturally, too, in Japan, there are not a lot of women in positions of owning a distillery or even going down that road,” she says. “I am happy to see more and more women distillers and owners.”

Women, Soh Woods points out, are a growing category of whiskey drinkers. “Women do appreciate the nuances of a good whiskey, and women have great palates,” she says.

A lot of Japanese whiskies are blended spirits, and many of them involve barley. Kikori stands out because it is distilled from 100 percent locally grown, Japanese rice. She worked with a master distiller in Kumamoto, located on Japan’s southernmost island of Kyushu, to create a whiskey that was balanced enough to drink on its own but also versatile enough to mix into cocktails. Kikori is barrel-aged for a minimum of three years in American oak, French limousin oak, and sherry casks before it is blended and bottled in Kumamoto.

“Rice is the staple grain of Japan, Asia and much of the world,” Soh Woods says. “As a first generation Asian American, my family ate it for breakfast, lunch and dinner, and for me, it made a lot of sense to use it in whiskey.”

Distilling rice adds more floral notes and a smoother and brighter finish to the final whiskey, Soh Woods says. “It imparts such a lovely, subtle flavor in your whiskey, and it’s very approachable,” Soh Woods says. “The whiskey profile offers more of a nutty flavor and a floral flavor.”

Kikori’s intriguing aromas lend itself to classic whiskey cocktails, but Soh Woods is also fond of creating riffs on these cocktails. “When I think of the culinary world, I ask what do we pair with rice?” she says.

Mango whiskey sour is one such twist on a classic, but Soh Woods also sometimes makes miso syrups and shiitake syrups, which she then uses in different old fashioned. She also sometimes uses yuzu or kumquats in her sour mixes, and she even does a shishito pepper sour. “It’s an absolutely amazing cocktail,” she says.

Soh Woods says consumers now understand what her whiskey is all about, and she is working to grow her base of customers. “We’re just trying to expand our footprint for Kikori,” she says.